Accompanying Bodegón, Tavormina’s Botanicals series recalls the botanical illustrations of the seventeenth and eighteenth centuries, re-imagining these scientific studies as exuberant cascades of flora and fauna. A fantastical menagerie of bugs, buds, and dewy blossoms burst against velvety black depths, leading the eye in figure eights around the canvas.  And yet Tavormina’s signature motifs of darkness and decay keep these works from pure flights of fancy—rather, they are visions of life in all of its subtle shades of beauty. 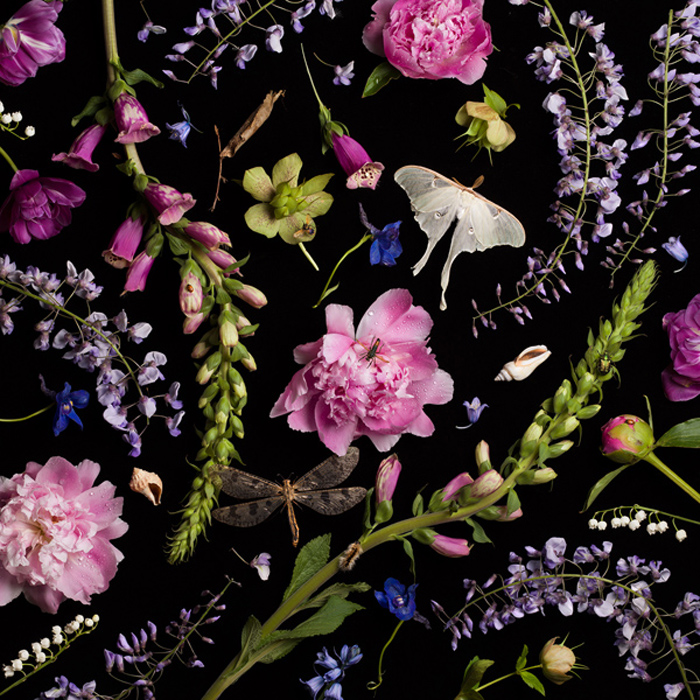 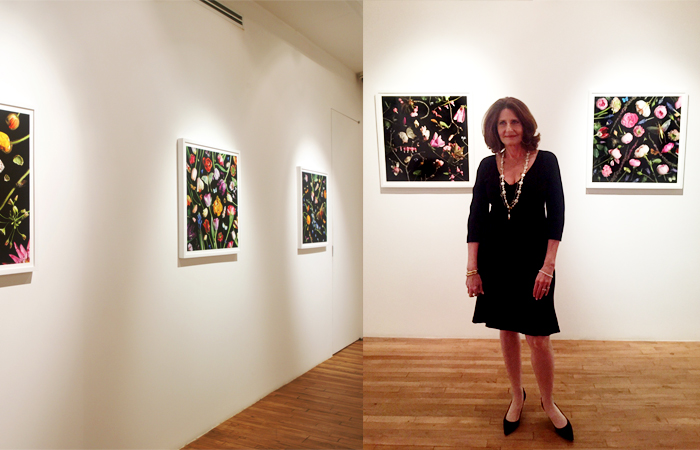 Paulette Tavormina surrounded by her Botanicals

This is Paulette’s second show with Robert Mann. You can read more of our interactions with her and find links to her website and exhibition’s here. Check her website here for news … she’s got a lot coming in 2015/16! 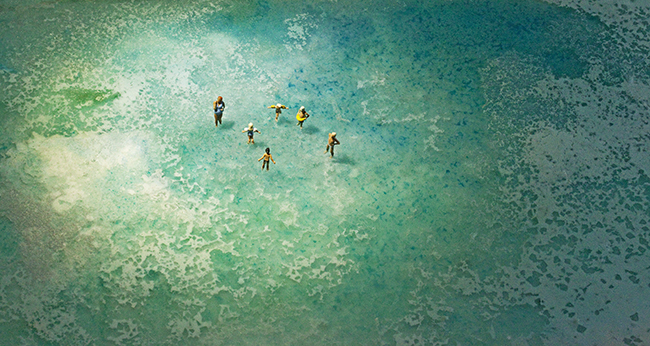 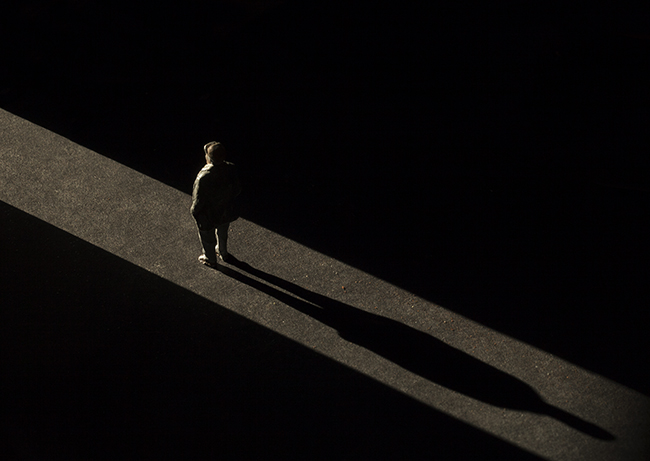 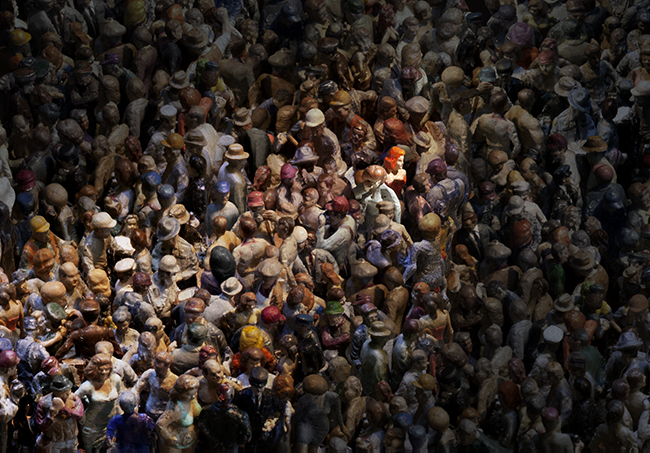 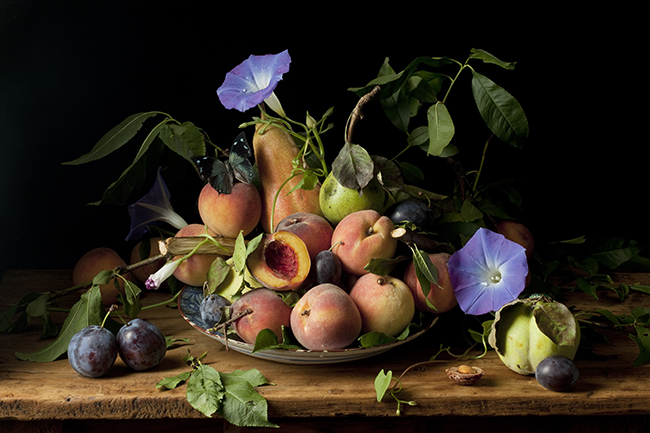 Robert Mann Gallery is pleased to present Natura Morta, Paulette Tavormina’s first solo exhibition with the gallery. Natura Morta will bring together a selection of exquisite still life photographs that recall the traditions of 17th century Old Master painting. Luscious fruit and flowers among other things are rendered in a painterly perspective reminiscent of Francisco de Zurbaran, Adriaen Coorte and Giovanna Garzoni, whom Tavormina counts among her greatest influences. 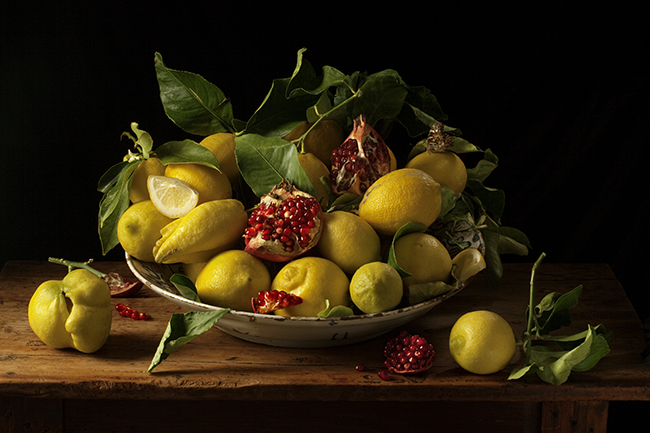 An avid collector of butterflies and insects, shells, dried flowers, and ceramics, the sourcing of props is a crucial part of her process. Each object is closely tied to the place it was discovered – fresh produce from a New York City farmer’s market, horseshoe crabs tossed ashore in Nantucket, ladybugs found at a taxidermy shop in Paris. Not only do these objects look to the art historical roots of the genre of the still life, but their meaning is often multi-layered, a fig perhaps referring to the artist’s own Sicilian heritage. 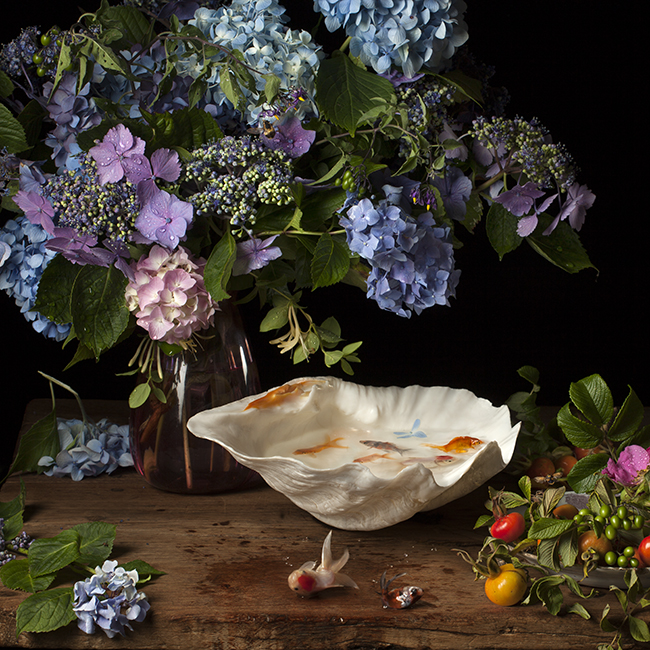 Largely self-taught, Tavormina has been exhibited internationally and was the winner of the Grand Prix at the 2010 International Culinaire Photography Festival in Paris. She has worked on set as a food stylist in Hollywood and also photographs works of art for Sotheby’s. Her work has been featured in several publications including the New York Times, Boston Globe, L’Express, Martha Stewart magazine and Photo Technique magazine. She lives and works in New York City.

LTI-Lightside has been working with Tavomina since 2009. Her work has been exhibited in New York, Miami, Chicago, Los Angeles, London, Paris, and Moscow among other venues. For more of Paulette’s work, please visit her website here. For more on the exhibition at Robert Mann Gallery, click here.