LTI/Lightside and Women In Photography are pleased to announce that Erika Larsen has been awarded the $3000.00 Individual Project Grant for her project Sami, The People

We are equally pleased to have extended an additional $500.00 materials grant to Erica Allen for her project Untitled Gentlemen.

Click on the images above to see more of each project. Use the links below to connect with the artists and sponsors individual websites.

Links for additional information on the artists and sponsors:

Lightside and LTI wish to thank Amy Elkins and Cara Phillips of Women in Photography, Amani Olu of Humble Arts Foundation and the National Arts Club for their effort, support and guidance in making this project a reality. A special thanks goes out to all the entrants whose excellent work made the selection process so difficult. 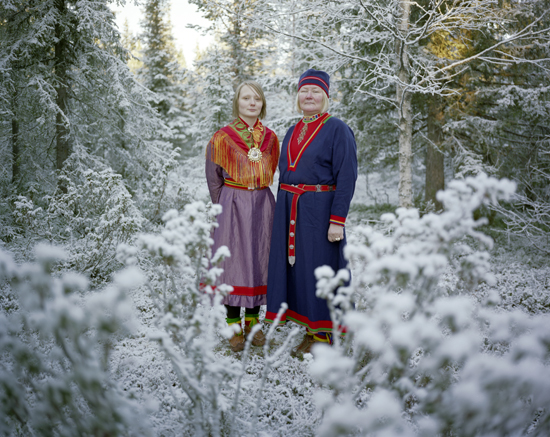 Our 2009 WIP-Lightside Individual Project Grant grant has been awarded to Erika Larsen for her project Sami, the People.

I have seen the Arctic as a place where the extremes play out in the daily lives of the people that inhabit this land. It is a place where man has learned to adapt to the environment that surrounds him rather than adapting the environment to him. Here I found the Sámi, which translates to ‘The People.’ They are the indigenous people living in the Arctic Circle region of northern Scandinavia and it is the largest area in the world with an ancestral way of life based on the seasonal migrations of the animals. The Sámi are by tradition reindeer herders and live a nomadic lifestyle based on the reindeer migration.

I have come on a search to understand the primal drive of the modern hunter by taking an inclusive look at an original hunter-gatherer society. I have come to see if when the land speaks there are those that can interpret its language. I have come in search of silence so that I could begin to hear again.

I will spend the next year exploring the Sámi’s symbiotic relationship with the environment. They are the only people who can own and sell wildlife in Scandinavia. By possessing a livelihood that is dependent on their surroundings the Sami are acutely aware of the changes in nature. They have managed to survive in extreme climatic circumstances for ages. I believe that through exploring this culture I will better understand our role as stewards of the earth.

Please scroll down to see images from Sami, the People and to read more about Erika Larsen 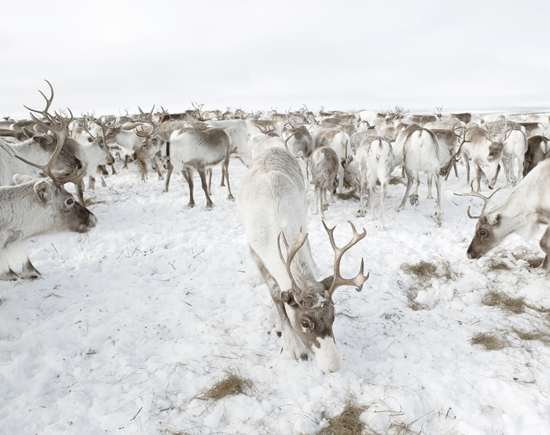 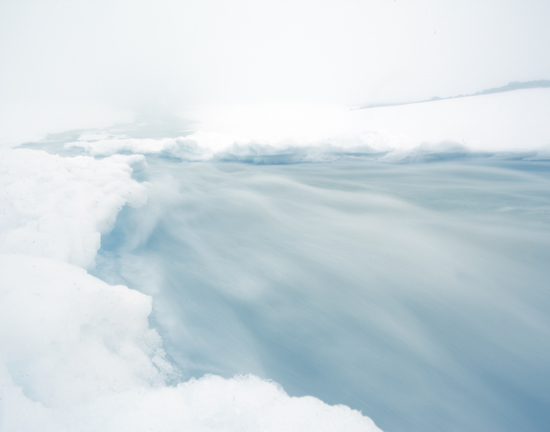 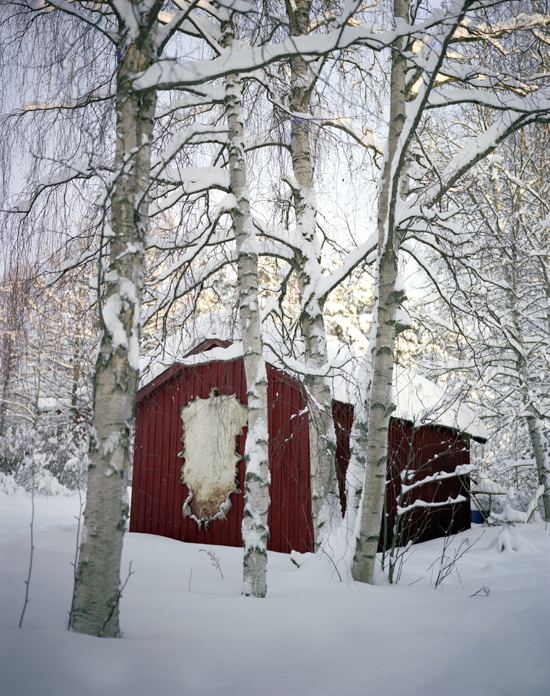 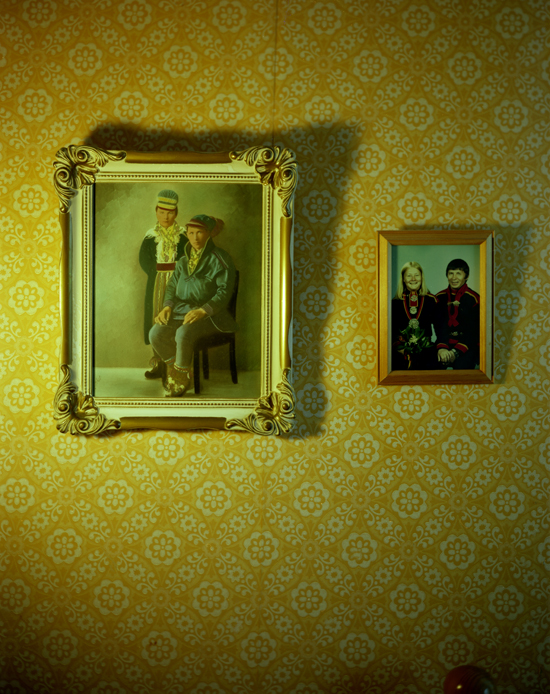 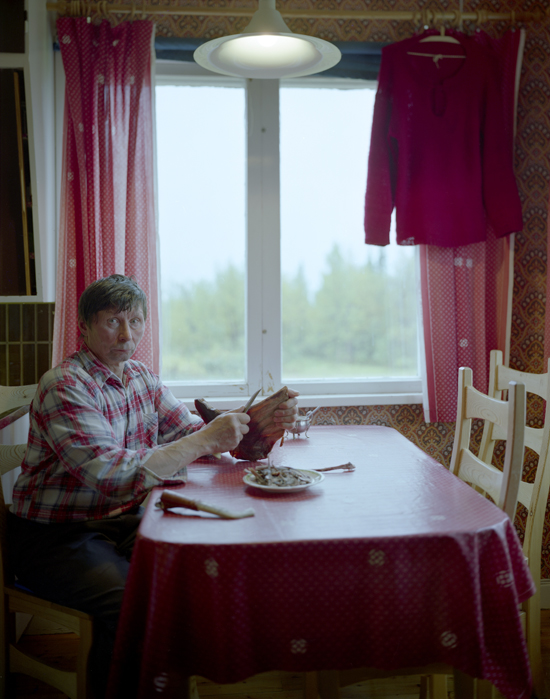 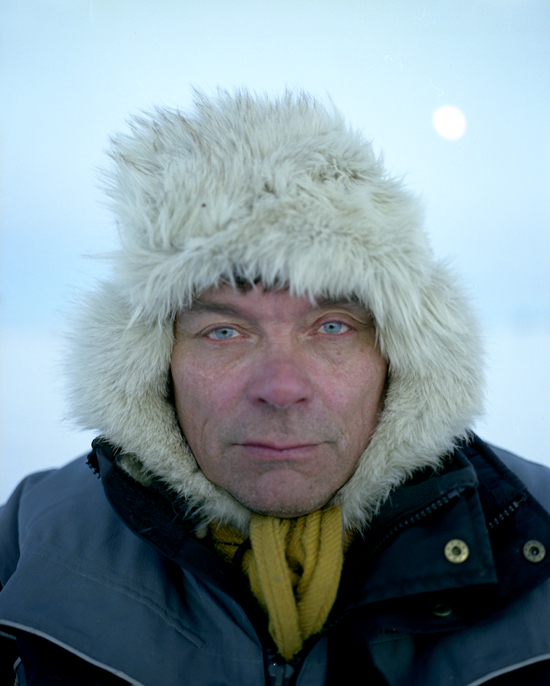 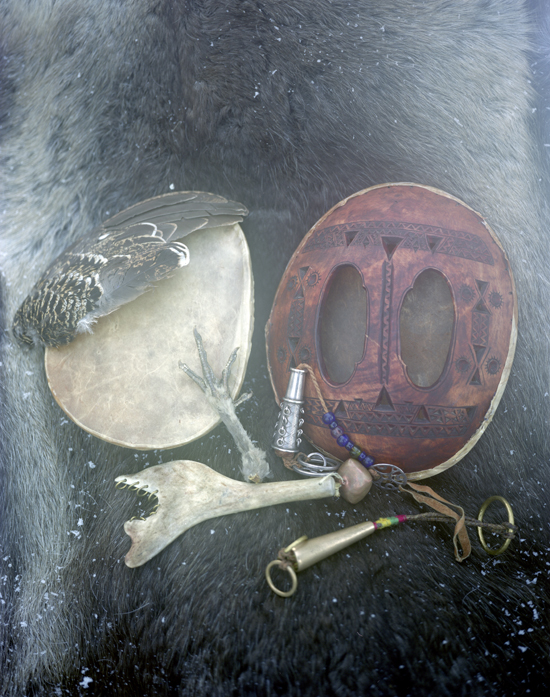 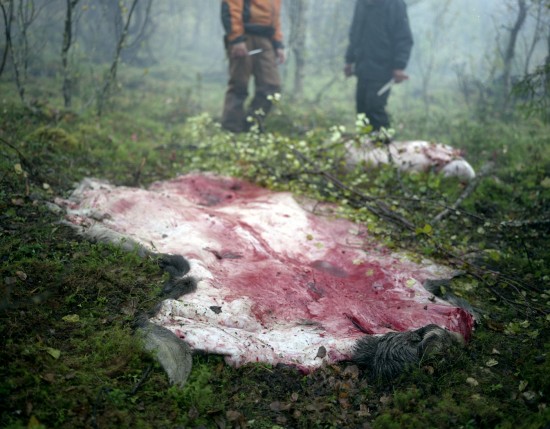 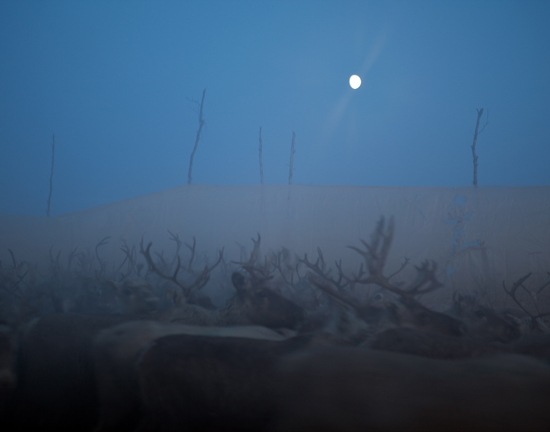 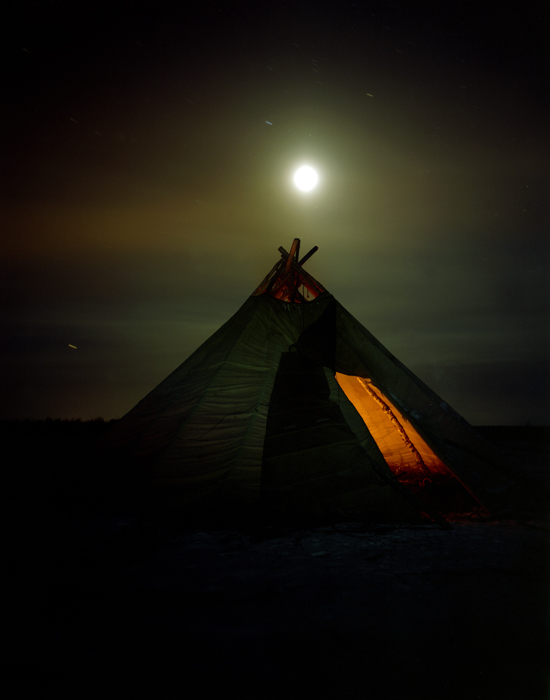 Erika Larsen’s (American, born 1976) most notable bodies of work, Young Blood and The Hunt, look intimately at hunting culture in North America, its connection with nature and its role in the cycle of life and death.   She has been recognized by World Press Photo, American Society of Magazine Editors, American Photography, Society of Photographers, and New Jersey State Council of the Arts. Her work has been exhibited internationally.   Erika is currently on a Fulbright fellowship to document the daily life and culture of the Sami people living in the Scandinavian Arctic.

The 2009 WIP-Lightside Materials Grant has been awared to Erica Allen for her series, Untitled Gentleman

Untitled Gentleman is a series of fictional portraits created using anonymous faces from contemporary barbershop hairstyle posters combined with figures from discarded studio photographs. Through interventions in these found photographs, this work explores representations and constructions of identity in portraiture and appropriates value to images and individuals who are otherwise overlooked.

Existing between the real and artificial, these images are made effective by creating an expressive ambiguity in an unexpected context. In subverting the meaning and expectations of the traditional studio portrait, the images create an unknown narrative and visual tension that play with the viewer’s perception of the work.

The ambiguous expressions captured in these barbershop portraits inherit a vulnerable quality when placed inside the familiar frame of the studio portrait. In this new context, these once primarily functional photographs become unusually candid and passive representations of masculinity. Paired with figures from historical and contemporary found photographs, these men adopt new identities and are recognized as individuals, while remaining anonymous; identified by the hairstyle number originally found on the barbershop posters.

I am interested in shifting the frame of how we encounter and interpret images to investigate the meaning and construction of the photographic image. This work aims to encourage the viewer to reflect upon their own interpretation and projection of identity in the photograph.

Erica Allen was born in 1980 and raised in Oakland, California.  She received her BA in Fine Art from the University of California, Santa Cruz in 2003 and completed her MFA from the School of Visual Arts, Photography, Video and Related Media program in 2008.  Past awards include the Aaron Siskind Scholarship and William Hyde and Susan Benteen Irwin Scholarship.  She has exhibited in NYC at Broadway Gallery and Visual Arts Gallery.