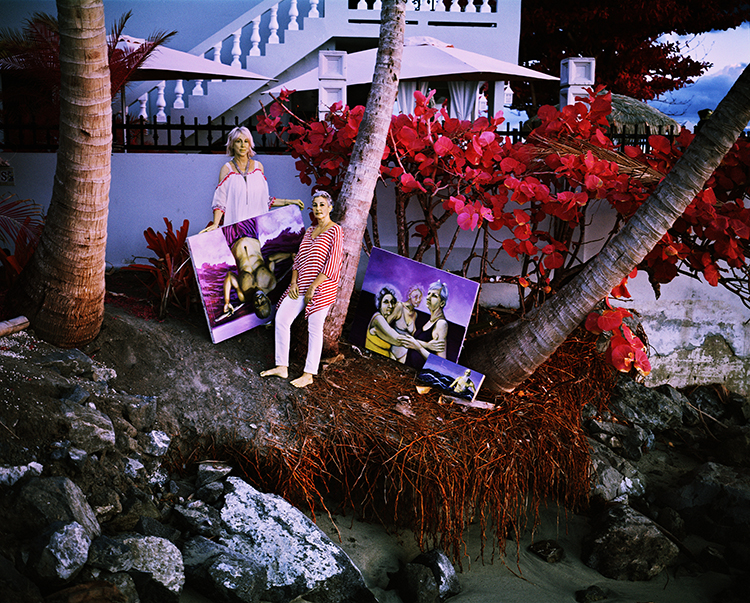 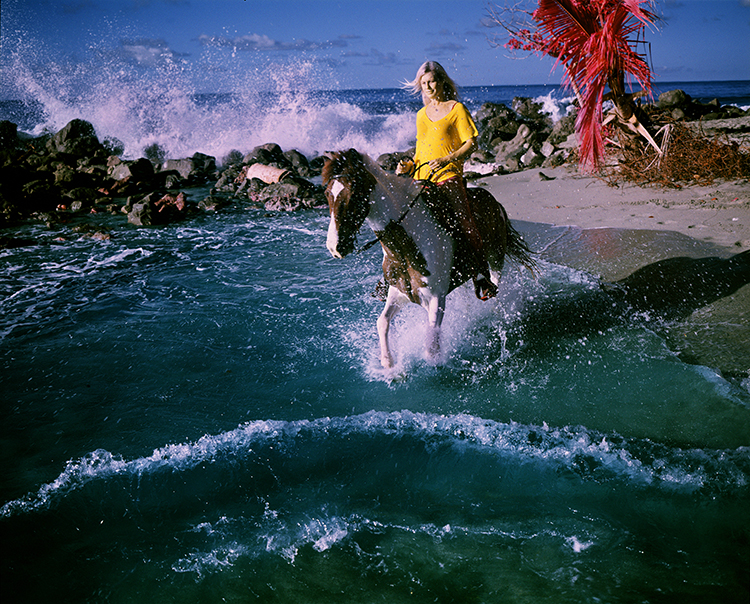 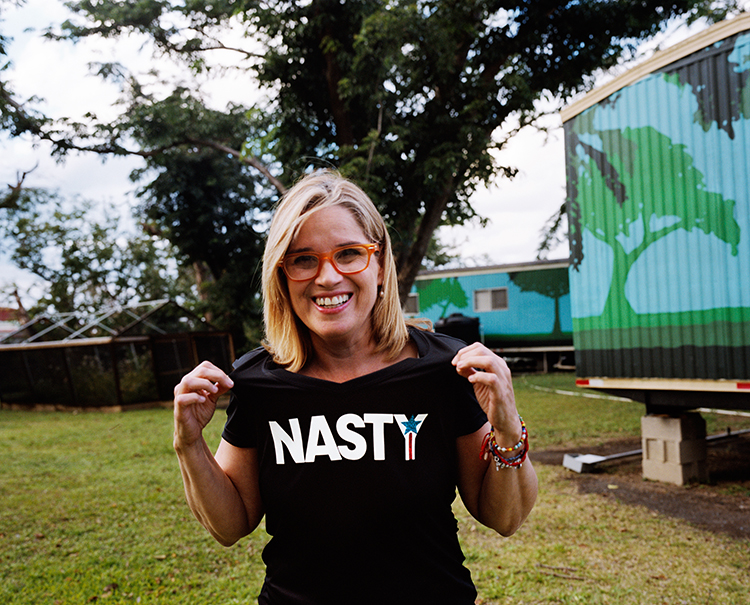 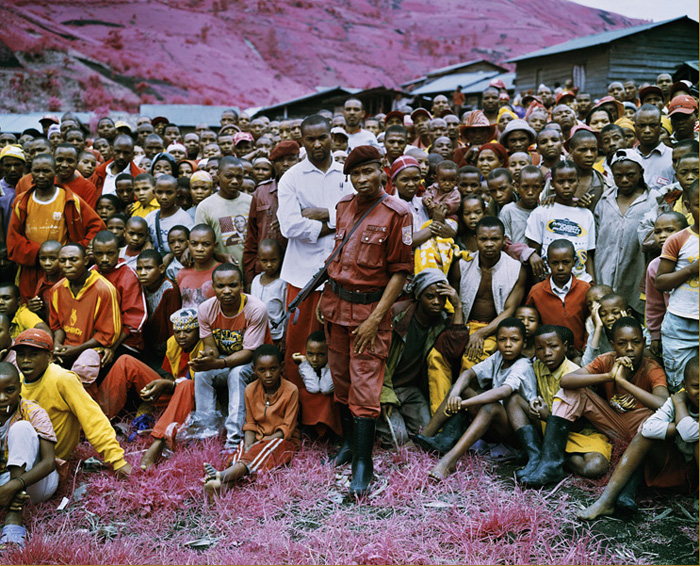 Richard Mosse in the Guardian 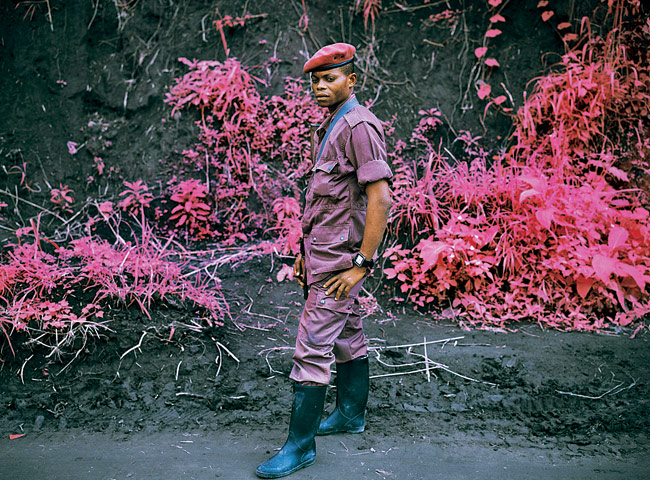 (scroll down for more images)

written by Jason Stearns
Re-posted from: www.guardian.uk.co / Saturday 28 May 2011

Imagine 5.4 million deaths. It overloads the mind. There is no sliding scale of moral outrage, increasing in direct proportion to human suffering. The indignation we feel at 10 innocent deaths is not magnified 10 times if there are 100 such fatalities. Instead, our heartstrings are more likely to be tugged by a human face, a tragic story.

This has been the curse of the war in the Democratic Republic of the Congo. It’s too complex to craft into a simple narrative. Over the past 15 years, more than 40 different armed groups have fought across a country the size of western Europe. There are no clear heroes and too many villains, no good-guy-v-bad-guy tale to spin. While the number of people who have died is on the same scale as the Cambodian and Rwandan genocides, only around 300,000 were killed; the rest – disproportionately children – perished unsensationally due to disease and hunger caused by the fighting.

Bereft of a clear narrative, journalists and photographers often confine themselves to stories of suffering, anchored in bleak statistics: 400,000 rapes in one year; 5.4 million deaths between 1998 and 2007.

Richard Mosse’s pictures of Congo draw from a different palette of colours, literally. Using recently discontinued Kodak infrared film, his photographs turn the vegetation of the eastern Congo into jarring magenta, while the soldiers’ uniforms go purple. It feels as if we have fallen down a rabbit hole, into a more surreal space. Congo always felt that way to me, as if the regular colour spectrum, the usual yardsticks we have, do not quite hack it.

This Aerochrome infrared film was developed by the US military in the 1940s to detect camouflage and to reveal part of the spectrum of light the human eye cannot see. But where this technology was invented to detect enemy positions in the underbrush, Mosse uses it to make us call into question pictures we thought we understood. These are the images we take for granted from Congo: the ruthless militia commander, the rape victim, an unwitting peasant. But in Mosse’s pictures, Congo’s photographic clichés are represented in a counterpoint of electric pink, teal blue and lavender. By representing the conflict with an invisible spectrum of infrared light, he pushes us to see this tragedy in new ways.

This sequence of pictures depicts the integration of rebels from the National Congress for the Defence of the People (CNDP) into the Congolese national army in 2010. The CNDP is probably the best example of the failings of the Congolese peace process. In 2002, all major Congolese belligerents signed a peace deal that brought to an end a series of wars that had begun in 1996. They formed a transitional government and army that led to elections in 2006, which were won by the current president, Joseph Kabila.

Not all parties were well served by the elections. The Congolese Rally for Democracy armed group that controlled the eastern third of this vast country, including the rolling highlands depicted here, won only a tiny percentage of the vote. These rebels felt the elections jeopardised their political interests as well as the security of the Tutsi community. Throughout the war, this small community suffered vicious persecution, but its members have also been protagonists in some of the worst bouts of violence.

Thus a new rebellion, the CNDP, was born, and the eastern Congo was plunged again into deadly fighting. Here is another reading of Mosse’s purple tincture – the CNDP was launched, to a certain extent, out of a sentiment of sour grapes. The leaders of the rebellion wanted to obtain through armed force what they were not able to gain through the ballot box. They justified their insurrection through self-defence, saying their community was in danger.

This rhetoric of victimhood became a self-fulfilling prophecy. Their insurrection sparked a dozen counter-rebellions, turning a swath of eastern Congo – an area roughly the size of England – into a battlefield. The CNDP received support from neighbouring Rwanda, where the government had ethnic and economic ties to the rebellion, while the Congolese government pumped weapons and money into the other militias.

This proxy war displaced more than 1 million people and killed thousands. New surveys suggest that more than 100,000 women were raped in this area in 2006 alone. Thousands of people were killed.

The pictures here show the uneasy truce that has brought an end to some of the fighting. In 2009, the Congolese and Rwandan governments concluded a secretive peace deal that prompted the integration of the CNDP into the Congolese army. The agreement is shaky, because the army is too weak to force a full-fledged integration. So the CNDP today forms an army within an army, maintaining many of their old positions as well as expanding their control to mineral-rich areas. Such has often been the logic of peacemaking in Congo: if you can’t beat them, buy them off. The population of eastern Congo is understandably skeptical.

And yet, with elections scheduled for later this year, the international community has begun to scale down operations. The EU is retiring its special envoy to the region and the UN peacekeeping mission is also under pressure to downsize.

Several years ago, I went to interview a militia commander in the eastern highlands. He was as close as you can get to a stereotype of a Congolese warlord: around his neck he wore an amulet of cowries, colonial-era coins and monkey skulls. When we started talking, however, he was articulate and gave me a host of reasons – some reasonable, some not – for why he was fighting.

When I asked if I could take his picture, he shook his head. “You’re going to take my picture to Europe and show it to other white people. What do they know about my life?” He said they would think he was some kind of macaque, a forest monkey.

He was not altogether wrong. All too often we have reduced the conflict in Congo to a spectacle of crazed warlords and greedy politicians. That imagery can prompt us to ascribe the suffering to some inscrutable savagery and throw up our hands in despair. But there is much more to Congo than that, and Mosse’s approach makes us look again, and look closer suggests we apply these infrared lenses to Congo’s politics, as well, to look slightly beneath the surface to understand the actors and their motivations.

Note: LTI-Lightside has been processing film for Richard Mosse since 2009. 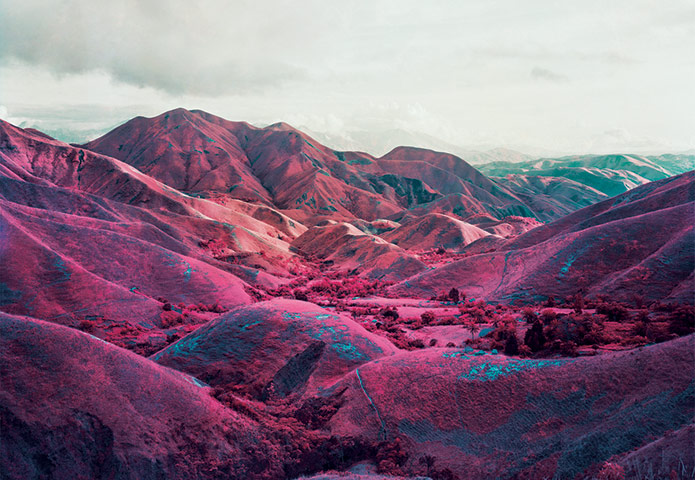 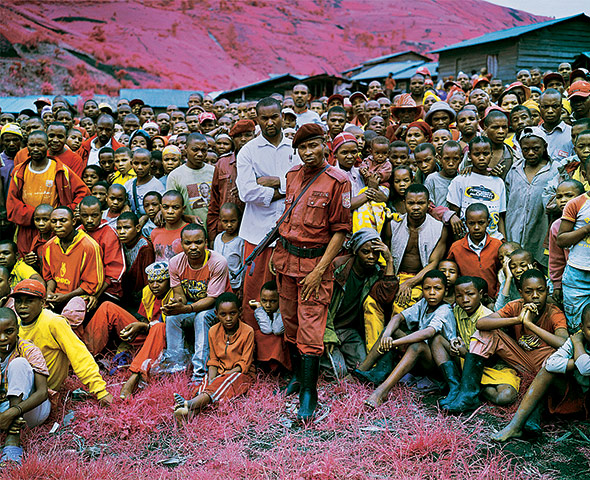 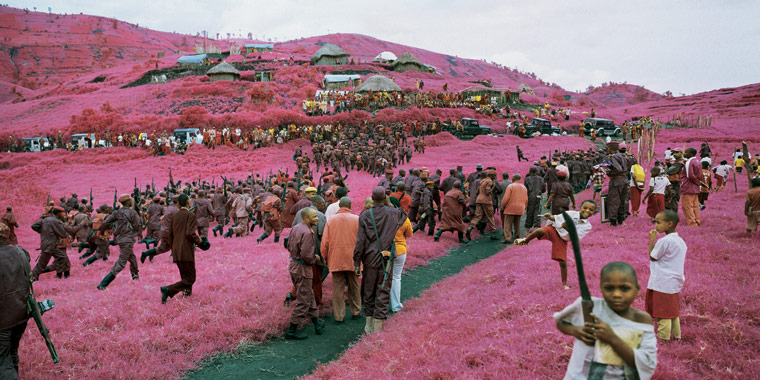