Go ahead, scroll down … that’s us, just under Russ and Daughters but above, and I mean ABOVE MoMA.

Why I love NYC: Laura Levine
The rock & roll photographer shares the spots that inspire her.

Re-posted from Time Out New York, 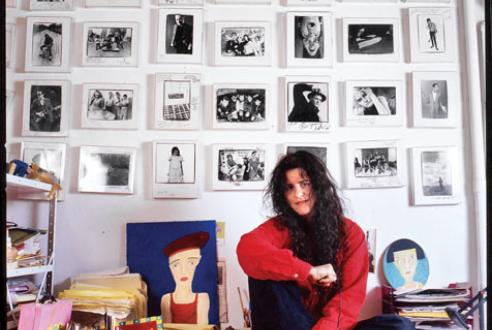 Laura Levine’s name may not ring many bells, but you’ve surely seen her work. The Brooklyn-born, Chinatown-raised photographer—who’s lived in the same Soho loft since 1985—is responsible for some of the most iconic images of New York’s music scene from the 1980s and ’90s. Her work has appeared in The Village Voice, Rolling Stone and the now defunct New York Rocker, and some of her snaps were included in the Museum of Modern Art’s recent exhibit “Looking at Music 3.0.” On the eve of Levine’s first New York solo show, “Laura Levine: Musicians,” which opens Thursday 21 at Steven Kasher Gallery (521 W 23rd St between Tenth and Eleventh Aves; 212-966-3978, stevenkasher.com; Mon–Fri 11am–6pm; Thu 21–Aug 19), we asked her where she finds inspiration in the city.

Corner of Madison Street and St. James Place
“I see the corner [on which] I shot [the band] DNA all the time because it’s across the street from where my parents live. It’s this great acute corner at the intersection of Madison Street and St. James Place where you have the city on the right and the left coming at you. I used that corner for a few shoots. What’s really interesting is they just renovated the building there and got rid of the siding, and uncovered this old stone from probably the 1800s. [It’s] up 20 feet on the St. James side, and it says BOWERY from when the street actually used to be an extension of the Bowery.”

The High Line
“I absolutely intend to go to the [new section of the] High Line, especially since the Steven Kasher Gallery is directly underneath. I love finding hidden, secret little spots in New York that people don’t know about. I did some sessions on what is now [the park], but then it was just abandoned railroad tracks. I would go up there because there was no one around bothering you. It was just overgrown weeds in the middle of New York City. I love those bits of nature that insist on being there even when New York tries to pave them over.” The High Line, from Gansevoort St at Washington St to W 30th St at Tenth Ave (212-206-9922, thehighline.org). Daily 7am–11pm.

Noodle King Restaurant
“My family’s not very adventurous at all. Once we find a place we really like, we just kind of stick to it. When I go see my parents for lunch or dinner, our favorite place is Noodle King; it’s directly across the street from my old elementary school, P.S. 1. It’s not one of the places that does the whole hand-stretching [method of making noodles], but it’s just a great, off-the-radar, inexpensive place with very good soups. If I’m eating on the go, I try to find noodle carts. They have steamed broad rice noodles, and you can get a container for a dollar with various sauces squeezed on. It’s delicious.” Noodle King Restaurant, 19 Henry St at Catherine St (212-571-2440, 19noodle.com). Mon–Thu, Sun 10am–9:30pm; Fri–Sat 10am–10pm.

LTI Lightside
“I used to do all my own printing in a darkroom in my loft. Now I use one darkroom exclusively and they’re wonderful. They’re just master printers. The same guy there has been printing my stuff for years, and they do a beautiful job.” LTI Lightside, 34 E 30th St between Madison and Park Aves (212-685-6871, lti-lightside.com). Mon–Fri 9am–6pm. 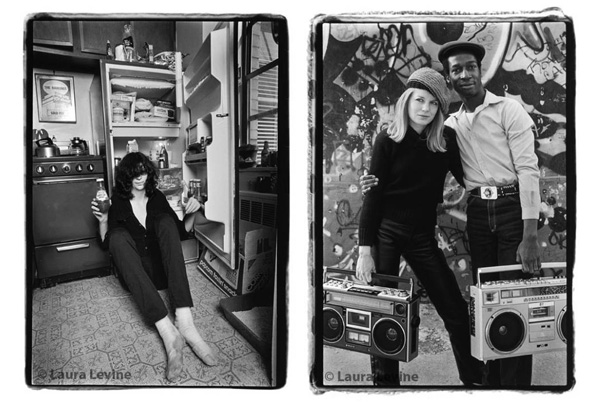 See a wide range of Laura Levine’s work, and by association an equally wide swath of musicians from one of the most fertile periods of New York City’s music scene, at Steven Kasher Gallery throughout the last half of this increasingly HOT summer. The exhibition features over 35 vintage and modern prints … it’s the word vintage that gets me these days … I mean, it’s not like some of this stuff happened 30 years ago or anything, is it? …. oh, wait.

LTI/Lightside is pleased to add that we have been working with Laura Levine for, well … years, as she graciously acknowledged recently in Time Out NY. Follow our shameless plug and read the story via this link:

Why I love NYC: Laura Levine