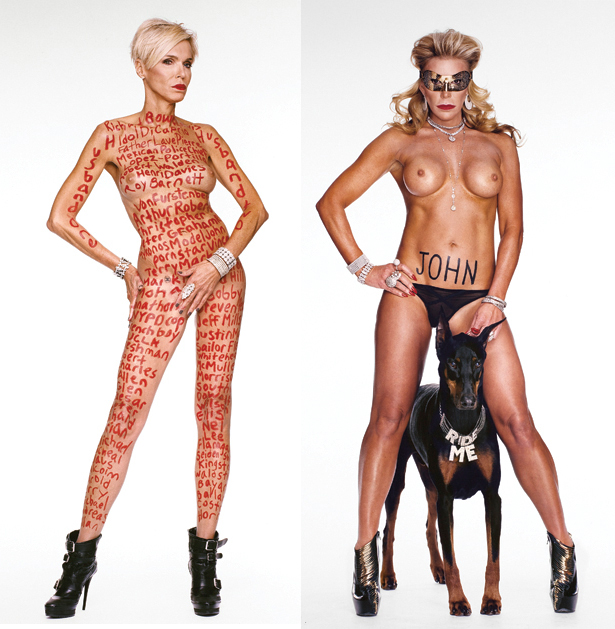 From the Ramis Barquet press release:

Hymowitz’s Sexual Evolution tackles the complex question of female identity, sexuality and self-fashioning. Born of the photographer’s own questioning of these subjects, Hymowitz embarked on a project to disprove archetypes and challenge fixed notions of femaleness. 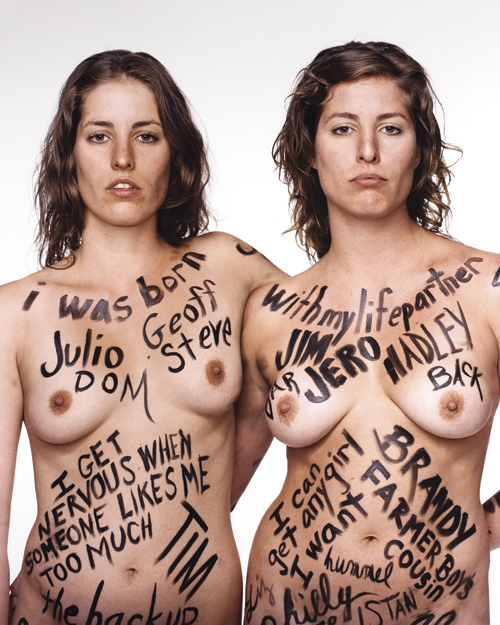 Quoting Hymowitz: “I chose subjects based on my subjective liberal definition of what makes someone female” On first view many of these subjects seem to embody an archetype that persists vividly in the Western imaginary, but looking closer they are upended by some conflicting quality that makes these women more human than meets the eye. 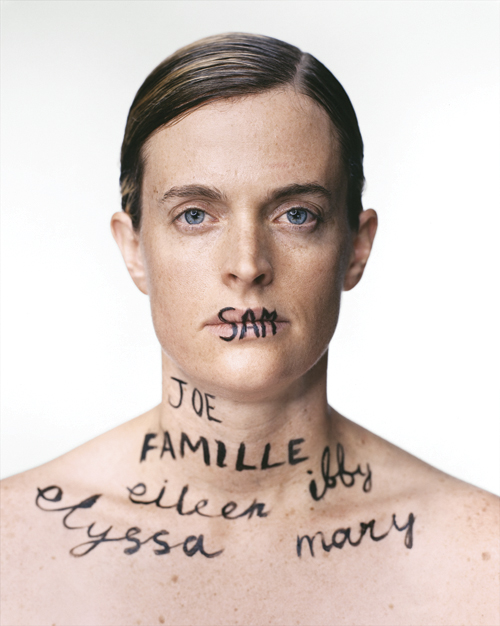 Hymowitz first interviewed her subjects at length on the topics of sexuality and the expression of their gender. From this she developed an individual concept for each individual shoot, “telling the story of that woman.” in part by painting the names of the sexual partners of her subjects on their skin, as if the old adage of a picture being “worth a thousand words” would not suffice to convey their stories efficiently. 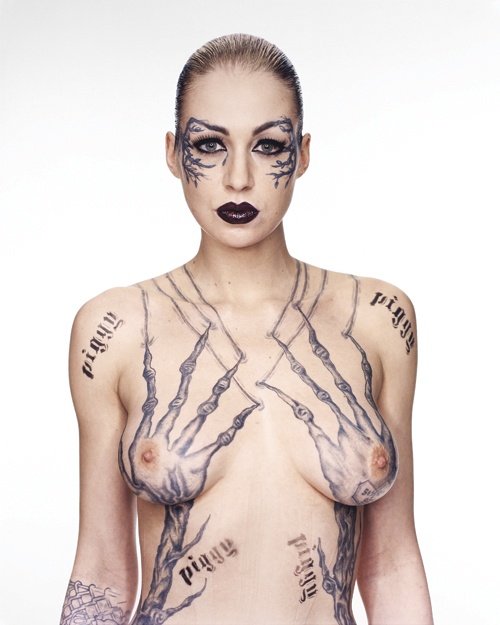 Despite their alluring carnality, the result is more than skin deep. Each portrait uncovers the life behind every woman’s sexual history. Executed with great candor and intention, the subjects are shot dead-on so as to confront the viewer … just as Hymowitz set out to confront popular perceptions of femaleness and to create context and community for her own changing identity

The scene from the Sexual Evolution opening at Ramis Barquet

Debby Hymowitz came to LTI/Lightside with the beginnings of Sexual Evolution back in June 2011. The project was an excellent fit for the lab in that she had been shooting 8 x 10 color negative and was adamant that her prints be enlarged conventionally from original negatives without digital manipulation or retouching at any stage during the production.

We produce a fair number of color conventional enlargement projects annually at LTI/Lightside … more than most people familiar with contemporary digital exhibition printing methods would think … and still, it remains extraordinarily satisfying (albeit challenging) to be an integral part of the process that pulls together the necessary elements required to produce a strictly conventional  presentation of this proportion. Particularly as nearly all of us at  LTI/Lightside have firmly established roots in traditional photography. Yet Hymowitz’ decision to see her brutally honest portraits through to completion without the aid of Photoshop, used scarcely or otherwise, suggests a sense of integrity to her purpose that took even some us by surprise.