Dissociation and the fragmentation of reality through technology are the subjects of investigation in James Clar’s exhibition, The World Never Ends. Clar creates an immersive multimedia installation that embraces and opens wide the blurred boundaries of the tangible and the metaphysical. It explores the notions of reality, virtual-reality, and ponders if in our technologically intertwined world, a new form of reality is taking shape. 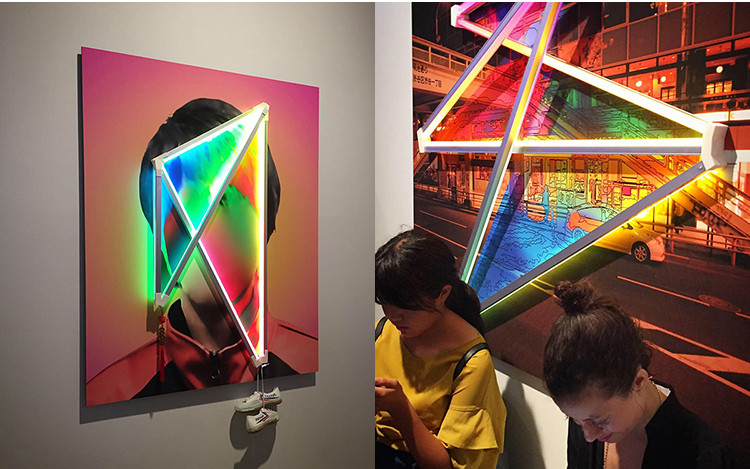 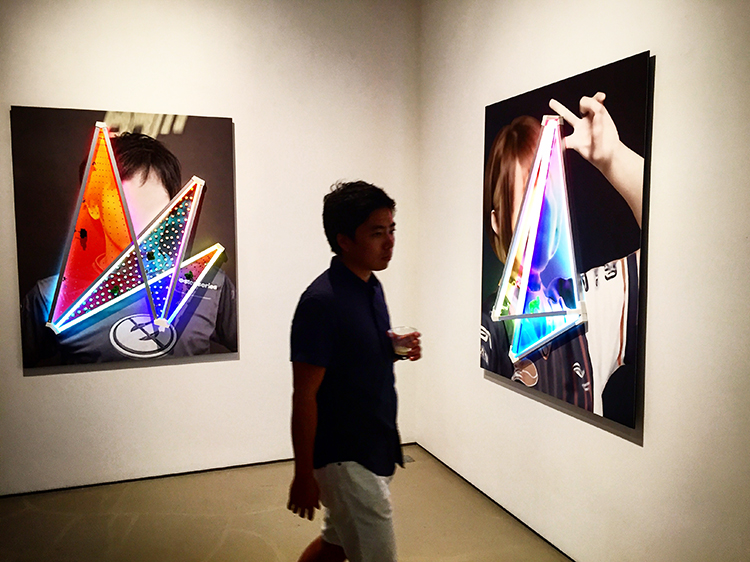 LTI-Lightside produced six 118cm x 145cm brace mounted archival pigment prints for The World Never Ends. This is our first time working with James. We’ve been providing services for Jane Lombard for over 10 years — you can see more of that work here and here. You can see more of James’ work here. 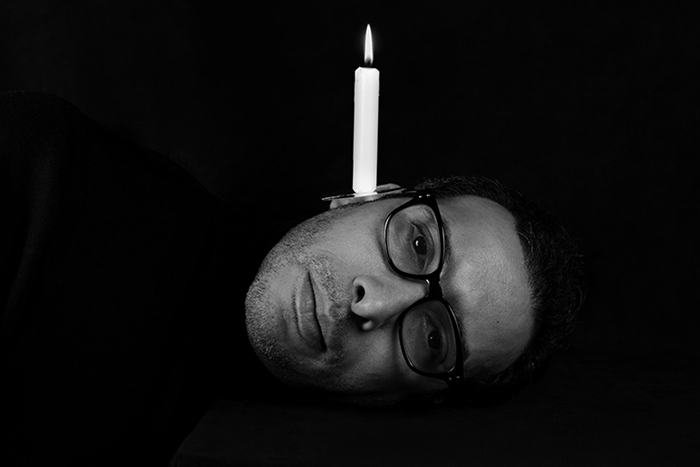 Jane Lombard Gallery is pleased to present Survival Signs, Mounir Fatmi’s third solo exhibition with the gallery. His work directly addresses the current events in our world and speaks to those whose lives are affected by restrictive political climates. “Survival signs” can also be seen as cultural signs, images, objects, experiences, and their connections and relationships to our everyday life. Is our society fluid, open and accepting, or the opposite? Several of the works in the exhibition teeter along a fine line of interpretation; are they revealing moments of construction or destruction, lightness or darkness? The artist presents his works as signs of survival; elements that allow him to resist and understand the world and its changes.

We were super-happy that Jane Lombard Gallery asked us to print selections for Mounir Fatmi’s Survuval Signs exhibition … but  we were truly floored by his “open letter” regarding his decision not to travel to Trump’s new USA:

As you can see, it’s been hard for me to write this letter. I had to wait until the last minute. I needed an emergency- the same emergency that drives me to create art in any circumstance, like an ambulance that takes every possible risk in order to save a life. In this case, it’s my life I’m talking about.

I left Morocco for good in 1999 in search of a freedom of speech I couldn’t find at home.

I had to cut off all ties with my father, my family, my neighborhood and ultimately my country. I wanted to take a step back, to get as far as possible from my cultural context.

I wanted to experience the world. Meet people. Read the forbidden books. Discovering the Beat generation and its authors allowed me to get away. My encounter with Paul Bowles in Tangiers was decisive. Reading Kerouac, Ginsberg, Burroughs, discovering Brion Gysin’s calligraphy… All this nourishment allowed me to live, to hope and to dream of a better world.

While I was studying in Rome, I discovered Fra Angelico’s small painting from the 15th century, The Healing of the Deacon Justinian. In the painting, the brothers Damian and Cosmas graft the leg of a black man onto the white body of Deacon Justinian. After just one look at this painting, I understood that I was that black leg. I was surprised that everyone around me only saw the perspective, the light and the composition in the painting. I was the only one to see this black leg. This alien element has been living within me and made me who I am today. A survivor. An immigrant worker. A permanent exile.

I haven’t changed nationalities. I still travel with my Moroccan passport, which is a work of art in itself. That passport is filled with visas from several countries where I’ve shown my work these last few years. Traveling with a Moroccan passport is an adventure. I’m never sure I’ll get through customs. In addition to the fatigue of traveling, I have to face the stressful interviews by customs agents. One of the most traumatizing experiences I’ve had was with American customs, a few years back. After three hours of questioning and getting my fingerprints and my picture taken, the agent presented me with a bible and asked me to swear that everything I had told him about me and my relatives was the truth. I told him that the reason I was in this situation in the first place was because I’m supposed to be a Muslim and therefore I didn’t see why he was giving me a bible to swear the truth.

Without acknowledging the remark I had just made, he asked me again to swear on the bible, looking straight at me this time. I put my hand on the bible. He asked me to raise the other hand and say: I swear. I swore. I just didn’t want him to send me off to Guantanamo under any pretense. That instant was for me a moment of extreme lucidity. No more illusions. I live in a world I am not able to understand.

Of course the customs agent was only doing his job, and his job required him to be afraid of me. His fear wounded me, and I carry it like a scar to this day.

I wanted to help him, but I couldn’t. The more I tried to reassure him, the more suspicious I grew to him.

I know that I am just a speck of dust in this machine. A black leg grafted on the body of another man. What I’m relating in this letter is nothing compared to what thousands of refugees endure, dodging death as they hope for a better world for them and their children. I’ve always believed that America could be a part of that world. That heart capable of welcoming us all and warming us. My illusions were shattered the night the result of the latest election was announced. My disappointment was huge. I realized that we may never see again this free world we dreamed of so much.

Today, I don’t have the strength nor the courage to offer myself to a terrorized customs agent faced with a poor Arab artist. I know the situation of immigrants in the USA has gotten worse since the latest immigration laws. That getting through the border is more and more difficult. This time I would be incapable of swearing on any holy book or of accepting any more humiliations. I must protect whatever little hope I have left. That hope is my survival.

I trust you in presenting my work to the gallery’s public. I hope one day I can find the courage to come and see you.