Robert Mann Gallery presents a new body of work by Richard Finkelstein in his third solo show with the gallery, New, Used, Rare and Out of Print. Known for his cinematic world of miniature dioramas, Finkelstein explores a new direction in his work that focuses on the manipulation and transformation of books. He investigates the materiality of the books as he documents their reactions against water, paint, folding and cutting … cont.

… the photographs in this series were both intended and unintended. While working with the texts related to the myth by Ovid, Joyce and others, Finkelstein initially immersed them in coffee to age them and have them appear as ancient texts. But as the first books dried, the pages curled and molded themselves into new forms, assumed other shapes and then hardened, causing Come Wander With Me to emerged. The books transformed into a sculptural medium. They had lost their specific identity as the words became distorted or even hidden therefore erasing the past message of the books. The stories and titles which caused the artist to select them were no longer identifiable. 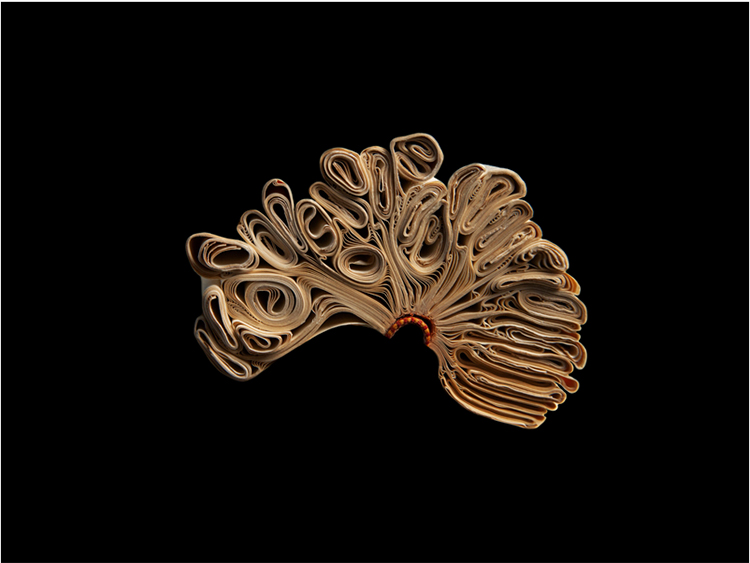 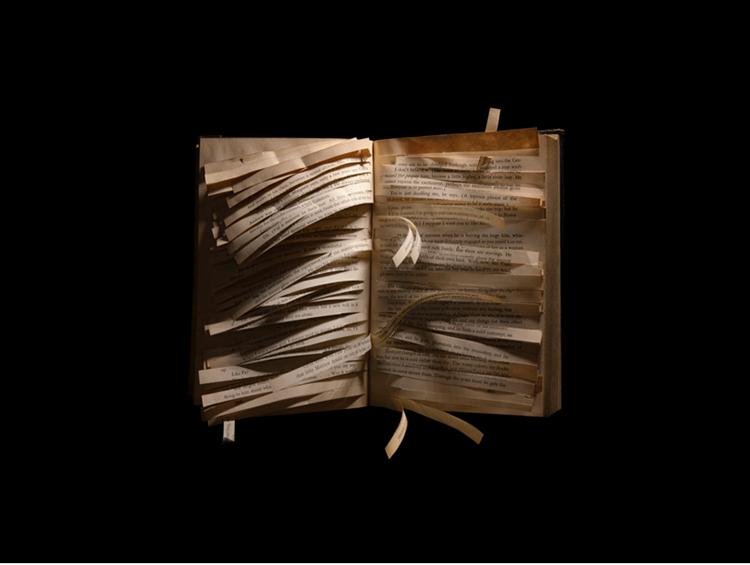 This is our third exhibition with Rick for the Robert Mann Gallery — you can see our posts from those first two shows by clicking here.