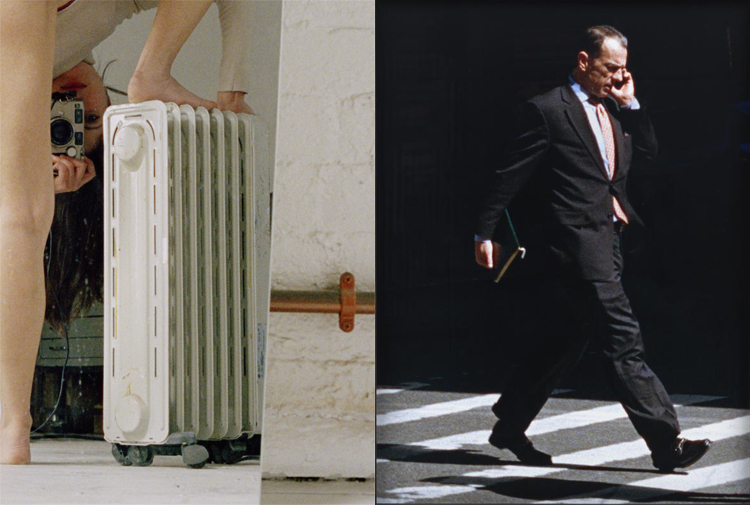 I’m Selecting, Talia Chetrit’s second exhibition at Sies + Höke, comprises two discrete bodies of work. One consists of 13 images shot on the streets of New York and Paris. The other, made using a mirror, is a suite of four photographs which depict the artist in her studio, nude from the waist down. Tightly cropped and grainy, semi-anonymized images of businessmen crossing the street and groups of people buying museum tickets typify the impersonal. While, contrastingly, the artist stares back at her viewer in bottomless, startling self-portraits.

The seeming incongruity between these two series is bridged by the amount of control exercised over both. Chetrit’s focus has long been aimed at the ways in which images are constructed and the manner in which they function in society: their contrivances, their agendas, and their fictions. Often the body serves as a site for this exploration of photography’s tenets, and in I’m Selecting, Chetrit uses the bodies of others as well as her own. These images are a reminder of the degree of self-scrutiny we impose on ourselves when we know our pictures are being taken, and the feeling of panic inspired by being photographed without realizing it.

Here the artist has brought these two emotions into the same room. It is clear that the unwitting subjects of the street photographs haven’t been given the opportunity to pose for the camera. Instead their images are forged after the fact – Chetrit has seemingly scoured her negatives for marginal moments of intrigue, cropping and enlarging to direct our attention to individuals who never sought it in the first place. It is therefore an almost conciliatory gesture that the artist reinserts herself into this narrative. Chetrit’s four half-nudes are an objectification and aestheticization of the artist’s own body, ostensibly revealing much more of herself than what she has taken from her subjects on the street. If control is the the guiding principle in I’m Selecting, then Chetrit deploys it in two fashions: on one hand taking control over images of others that initially had none, and on the other carefully crafting self-portraits that relinquish the possibility of that very control. 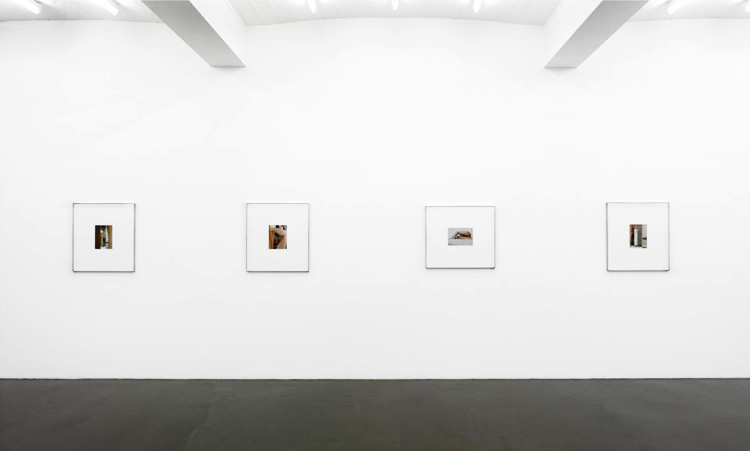 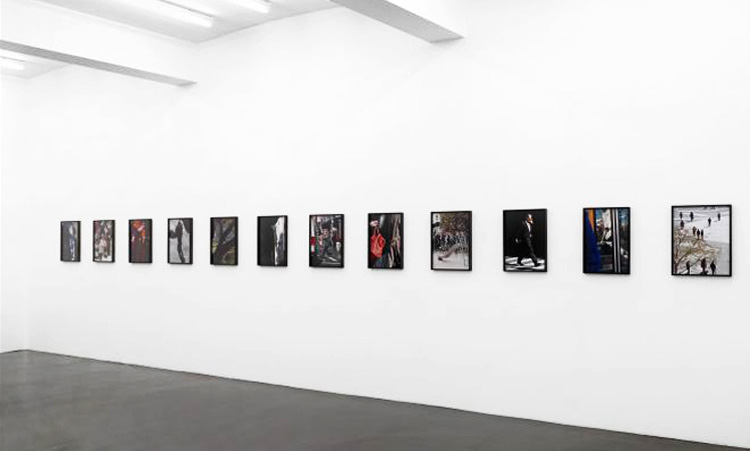 This is the second Talia Chetrit exhibition we’ve helped produced for Sies + Höke. We’ve been working with Talia since 2009.