Our good friend — and perhaps even our oldest customer — Danny Clinch had something of a retrospective at NYC’s Milk Gallery in March. Clinch is a prolific shooter, so editing his absurdly large catalog of images into a cohesive show proved to be a significant challenge for him — but one that, by judging from the crowd’s reactions on opening night, was well worth his efforts. 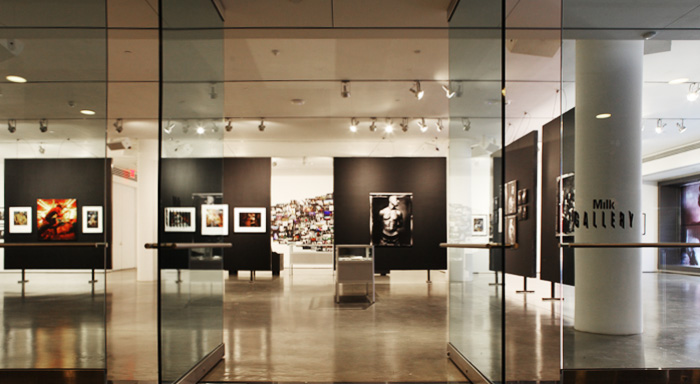 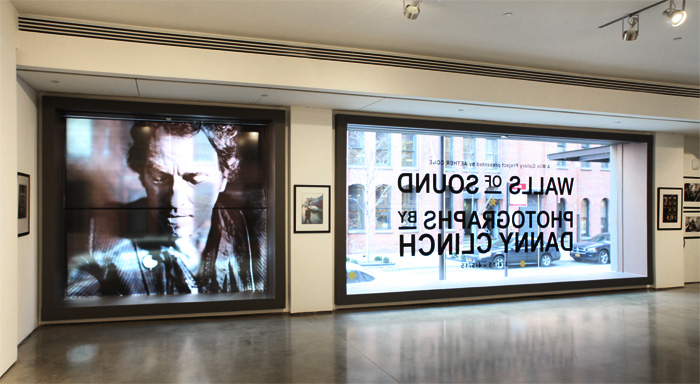 The Milk Gallery is a pretty impressive space — and one capable of constant reinvention. Clinch’s team mashed up two thematic solutions: Walls of Sound meets Motor Drive — that’s a double, albeit mild, double entendre, I believe — and they created a number of installs to work specifically within the site’s unique features (note the giant window covers). He even pulled out a few of tricks of his own, like this viewer accessible Hasselblad set-up and a huge “festival wall” installation, which, was later sold off piece by piece at a final de-install party. 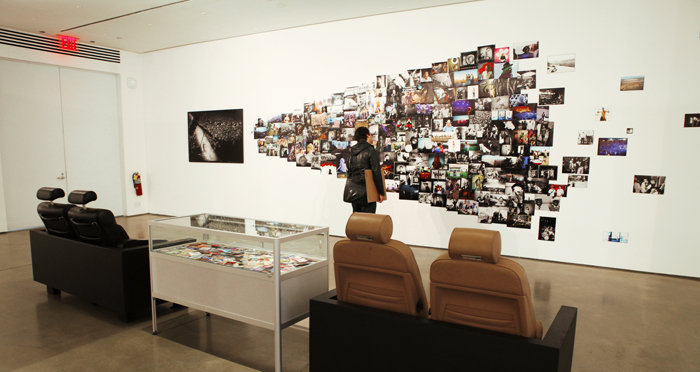 We helped out with the big prints (though not that giant cling-wrap thing of Bruce’s face in the window!) and by far not the majority of the exhibition — no, more so for us — the show was a bit of a walk through the past with some new twists here and there. It was great to see prints from the old shoots that we processed film from as far back as 1997 — and sometimes surprising to see the new edits as well. Danny mentioned wanting to shake things up from his usual selects … and Walls of Sound did not disappoint.

Of course, the man himself was on hand, signing copies of his aptly titled latest book Still Moving.
(note: that’s got to be a record beating third double entendre in one blog post) 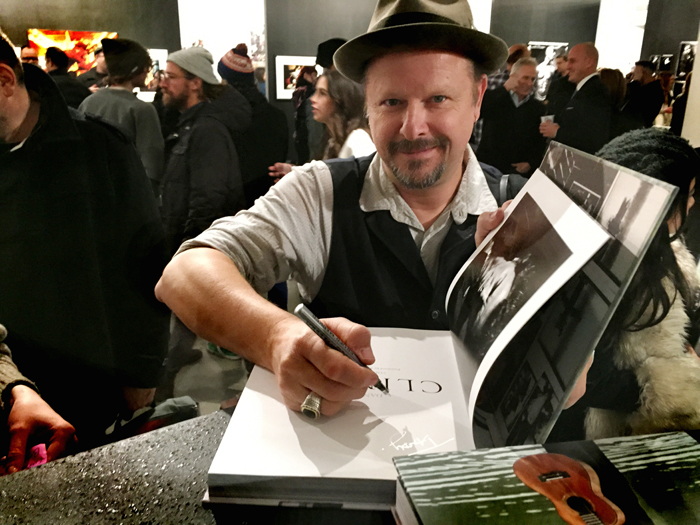