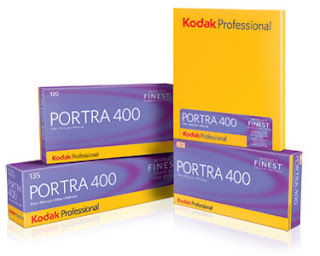 We were a bit surprised when Kodak left cut sheet 8 x 10 off the the menu for their new Portra 400 film … but all is right in the world again. This was announced during Photo Expo here in New York Last week:

Thank you good people at Kodak …